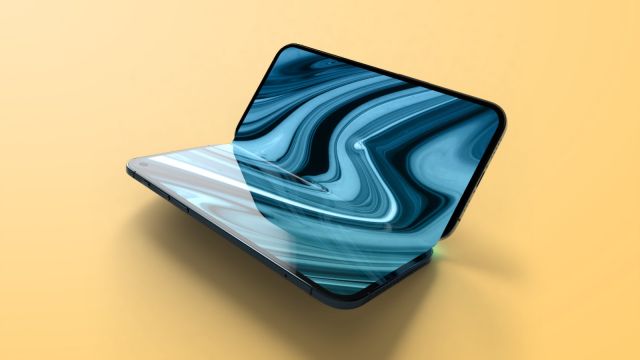 In the world of mobile apps, even if you're not in the gaming sector (I'm not), I'd be remiss if I didn't mention the Epic battle with Apple (sorry, I couldn't resist). I honestly don't care so much about a couple of tech companies slugging it out in the courts. What I do care about is how this could affect the 15–30% cut that Apple takes from app devs forced to use their payment system. I'll spare you the additional pun about "in a Fortnite."

Speaking of Apple, if you're into tech rumors and foldable phones, then this story is for you. I mentioned last week that I've been dying to get my hands on a foldable, but currently they are cost-prohibitive as a test device. A foldable iPhone, on the other hand, changes things as it would be my primary device. And maybe some of the usability issues will get worked out by then as well.

Want more rumors on foldables? Check out this leak of Samsung's Galaxy Z (I also really enjoyed the brutalist layout of the article). Bringing it back to user experience and mobile design, I'm really interested in foldables because I want to see how the change in form factor affects user behavior. I also want to know how it affects the design and development of apps. I also predict a rekindling of the native vs responsive debate.

Android tablets. We don't get to talk enough about them. That's probably because Google seemingly lost interest in supporting them, but hopefully the new Entertainment Space is a sign that's about to change. Now normally, I prefer to link to original sources and let you come to your own conclusions. But some of the history and criticism that Ron Amadeo offers are well founded (e.g., if you've had trouble designing screens for Android tablets, you're not crazy).

Okay okay okay, this last one was technically from week 18, but I don't get to include nearly as many articles on wearables as I would like either. In his write-up on the complications overhaul for the Pedometer++ app, David Smith includes TON of screen shots along with a brief summary of changes. It's always nice to see the inventory of screens laid out together (my personal favorite is the "Bar Graph" complication under Graphic Extra Large).