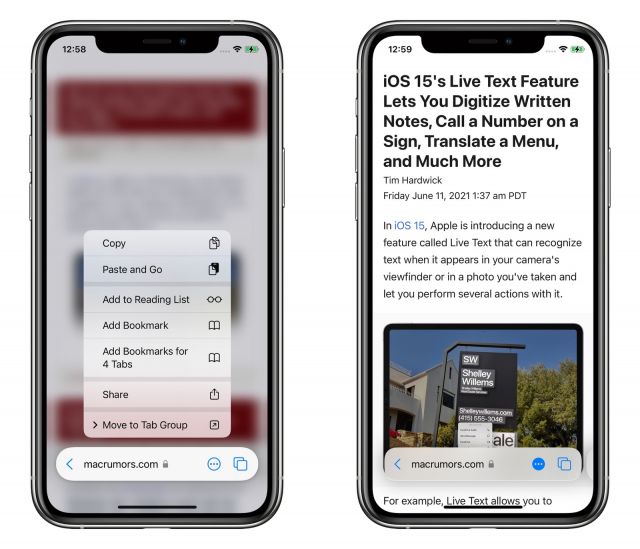 This app that can scan a pile of Lego bricks and return suggestions of what to build hits both the mobile and Lego sweet spots for me. Sprinkle in a little augmented reality and machine learning, and we may have the App of the Week (if that were I thing I did in this weekly post). I've yet to play around with it myself, but I'm not surprised — nor discouraged — by some of the challenges that Mark Wilson writes about in his review.

With a 14% increase in time spent and a 25% increase in global consumer spending in App Store and Google Play, it's probably not surprising that with it we've seen an increase in creative marketing efforts. There were some pretty out there campaigns, but out of the six that were listed, the Barilla + Spotify pasta timer campaign is probably my favorite. I just wish I would've known about it during lockdown.

Fresh from iOS 15 beta, this review of the updates to Safari is a solid walk-thru of some of the stand-out features from an interaction design perspective. I'm particularly interested in the new Tab Bar and the improved interaction patterns it could bring (we've already seen App Store play a bit with this pattern in App of the Day). For slightly deeper dive on the Tab Bar, check out this thread on Twitter by Paul Bannister.

On the hardware side of things, for those of us who would already have our hands on a foldable if it weren't for the price, we may now get our chance. Samsung may reportedly launch a more affordable version of the Galaxy Z Flip this August in an upcoming event. I'm not sure what excuse you might use if you plan to plead your case with the expense department for a new test device, but I'm reminded of that commercial from a few years back where people were "accidentally" destroying the phones for a reason to upgrade. Not that I would ever suggest such a thing…

And it is slightly outside the intended scope, but file the new issue of The Station, a mobility newsletter by TechCrunch, under the "emerging tech" portion of this dispatch. I would at least give the section on T.E.D.D.Y., the autonomous shuttle for Yellowstone, a read.