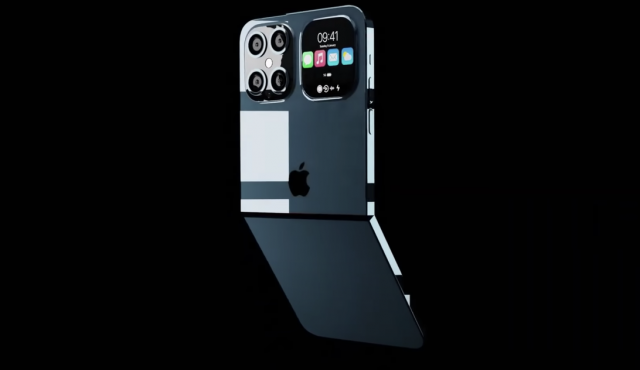 Galaxy Recapped. As to be expected, most of the buzz this week was about Galaxy Unpacked. And as usual, all the major tech outlets covered the announcements made last Wednesday. But as I've mentioned in the past, what I'm most interested in is how app devs will respond to the changing form factor. This whole topic of foldables is probably worth a separate write-up, but for now I have two word: responsive apps.

iPholdable? Rumors have been floating around for awhile about a potential foldable iPhone. Now we have some concept art to show what that could look like, but don't expect it to be announced at this September's event. Lots of leaker names are dropped in the linked article, so if tech rumors are your thing, it's worth the read to add to your "who to follow" list.

Smart Standards. Matter, an industry standard for interoperability in smart home tech, is set to roll out later this year. With Amazon announcing at last month's Alexa Live that they are joining the likes of Apple, Google, and Samsung, the future is promising for what the new standard will bring. In the abstract, this may not sound like a big deal. But if you own any smart devices and have had to bounce from one virtual assistant to another or not been able to buy a device because it's not supported by your preferred assistant, then this is very exciting news! I just hope it works as advertised.

Open App Markets. On the regulatory side of mobile, a bi-partisan group of US Senators introduced the Open App Markets Act. If passed, this is could fundamentally change the way approach app development, which is why I thought it important to share. I have conflicting opinions of my own here, so I'll just let you read (or listen to) the article and so you can decide for yourself.

Twitter. And, being a once avid user myself, I'd be remiss if I didn't at least mention the redesign that Twitter's website and apps have undergone. Having started my career as a graphic designer, I probably care most about their new proprietary font, Chirp. It makes sense that a text-based product would design their own font to better support its primary purpose. However, I wish they would spend that same energy to remove all of the Nazis, bots, and COVID misinformation that continues to plague their platform. #SorryNotSorry

Also, if you're not already subscribed, I highly recommend signing up for This Week in Apps. There's waaaaayyy too much content for me to cover here, but there's a lot of good stuff worth at least a scan.