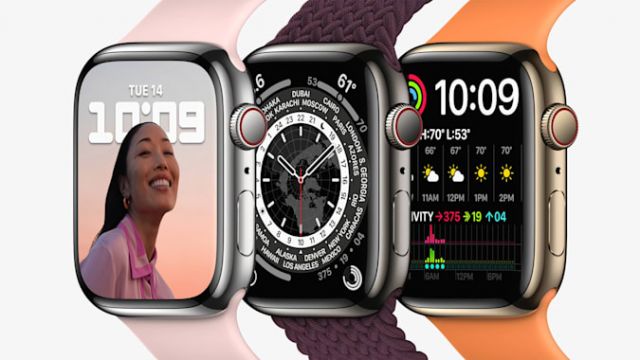 Apple Event Recap. You've probably seen a lot of news about the Apple Event this past week, but maybe the biggest news was what the rumors got wrong. This year was probably the most I attention I ever paid to the leaks and I admit I was a little disappointed. But that's the risk of putting too much faith in the grapevine, no matter how reliable the source. And that's the fun of attending the event — it keeps everyone on their toes!

iPadOS 15… dropped yesterday along with iOS 15 in the usual cascading rollout (you might've not gotten yours till the evening). Unless you're on one of the betas or have been prepping an app for its release, you probably haven't thought much about it since it was announced at WWDC21 back in June. For the most part, I just like to come along for the ride and (re)discover the new features as I run into them. It's my own way creating little moments of joy.

App Annie. The industry leader for mobile app data was charged by the SEC with securities fraud. Woof! Expected to pay over $10M to settle the charges, it's really disappointing to hear them be accused of "deceptive practices." But then again, as someone who has been binge-watching Billions on the Showtime app, I guess that explains how their analytics were so… spot on.

Material You. As we get closer to the release date for Android 12 (early next month), we are starting to see more and more updates to Google apps. Google Calendar, Drive, and Keep are getting the Material You treatment and I want all the screenshots, especially the before and after. Between iOS 15 and Android 12, it's a good time to be alive for those of us who geek out over UI.

Pixel 6. Not to be outdone by Apple, Google couldn't resist leaking some details on the upcoming Pixel 6 Pro. Nor could they resist a solid troll by resurrecting their old Nexus Twitter account (which I still have one of). @SamsungMobileUS also got in on the gentle ribbings and I'm okay with that. Although I may primarily be an Apple user, I still enjoy a good friendly rivalry (or even not-so-friendly as long as it stays civil and keeps the markets competitive).

And just as a reminder, I talk so much about hardware (even though I care most about the software) because the two are so interconnected — which is why I also mention emerging tech in the same dispatch. That's the nature of mobile!

I mentioned a couple of weeks ago that the documentation for Android tablets is lacking. Well that also applies to examples in the wild. I was looking into a Lenovo Tab P11 (found a good deal on one and I really like the form factor) and as I was investigating, I stumbled upon two reviews from two different authors both complaining about the current state of the app ecosystem for Android tablets. The apps are often not tablet optimized or lack the same feature set as their versions for other platforms, if they're even available at all.

This may be a chicken and egg type situation, where the apps do not reach their fullest potential due to the lack of support by Material Design, with that same thinness of documentation being perpetuated by a lackluster ecosystem. And around we go. Add to this the identity crisis between tablets and laptops, further seen in the OEM's choice to run Android or Chrome OS and, well, it's complicated (even Google's own Pixel Slate was released running Chrome OS!). Until a firm decision is made about which OS will be the OS, we may continue to see one cannibalize the other and a subpar app experience for users and developers alike.