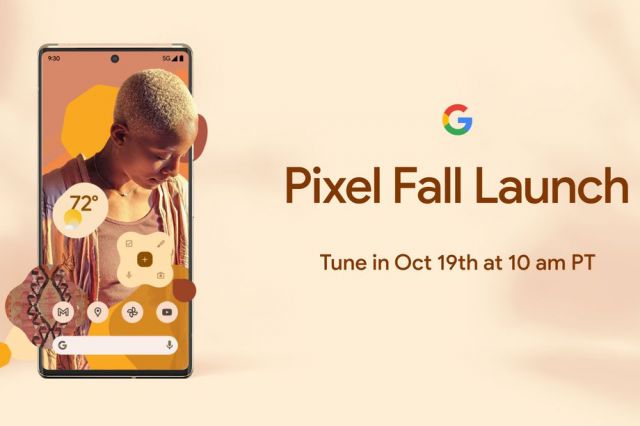 Pixel Event. Google announced the official fall event for the Pixel 6. Now if you're thinking, "Am I crazy or wasn't the Pixel 6 announced already?" no, you're not crazy. What we're hoping for, however, is more insight on its features, a deeper dive on the in-house Tensor chip, and an official date for Android 12. And maybe — just maybe — a foldable.

Facebook… went down for several hours last Monday (along with Messenger, Instagram, and WhatsApp). While many of us in the industry basked in schadenfreude (I am not a huge fan myself), I try to remember that that there are many people who use Facebook to conduct business and many more who use WhatsApp to stay connected to family in other countries, all of whom were directly impacted. The dangers of the monopolization of tech.

Windows 11. Rollout started last Tuesday (Oct 5) and reviews are already starting to roll in. Unfortunately, the ability to run Android apps directly is not included in this first release and may not come out till 2022 (apparently ChromeOS could already do this, which clearly I didn't know until now). But I'm realizing that, in my mind, Windows 11 is inextricably tied to the Surface Pro 8, both of which I'll hopefully get my hands on soon (in the store at least).

Walmart Super App. In an interview with Google, Meng Chee, Walmart's CPO, discusses why they're creating a lifestyle 'super app.' Of course the term 'super app' is what originally pulled me in, but it gives a nice overview their product strategy. It showcases how the omnichannel experience — from web to mobile to in-store — can be improved by a customer-first mindset with focus on the customer journey.

Agency Showcase. On the interview tip, Chop Dawg, an app development agency, answers questions about how they help startups. We spend so much time looking at technology trends and the apps and devices they affect, it's easy to forget about the people out there who are making it all come together. It's always nice to get a peak at the way other shops tackle the same challenges and concerns as the rest of us.

It's funny how the simplest things can send the mind wondering. I ran across this article announcing the Nokia T20 tablet and I immediately asked myself, "What version of Android is Nokia running these days?" I subsequently ran across a similar article on the Moto G Pure and found myself asking the same question about Motorola. And naturally, I had to investigate.

Now, I'll be the first to tell you that, between the two major mobile operating systems, I'm the weakest on Android. As it's something I'm actively trying to remedy, I'm on the constant lookout for reasonably priced Android devices — tablets and phones alike. And because I'm painfully aware of the phenomena of fragmentation, I'm often asking myself the above question about every device I come across.

So, does Nokia or Motorola run on "pure Android"? Nokia seems to think so (although this post suggests maybe not for long?). And apparently Motorola does as well (but My UX is a thing, so maybe not?). And both OEMs participate in Android One, which is another point for stock Android. Also, what is "pure Android" anyway and why does anyone care? Well, that's a thread for another day.


P.S. I was hoping to include an official date for the MacBook Pro event, but couldn't confirm the rumor that I saw with any of the usual sources. Maybe next week…