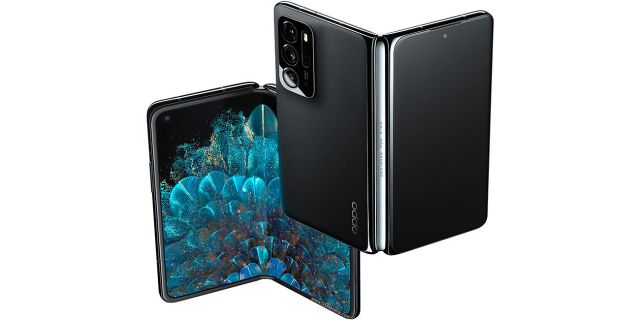 Find N. Oppo officially launched their new foldable at INNO Day 2021. Positioned as a likely competitor to the Galaxy Z Fold3, the most notable feature of the Oppo Find N is its apparent lack of crease in the middle of the unfolded display. And after two weeks with the Fold3 myself, this is a pretty big deal. However, with the initial release being limited to mainland China, it won't be landing in the hands of stateside users anytime soon.

A12 Go. Google announced Android 12 Go Edition will be coming in 2022. If you're not familiar with the Go Edition, it's an effort by Google to provide a quality experience to entry-level phones. This next iteration promises faster app launches and more privacy controls as well as longer battery life. And with over 200 million Go Edition device users globally, that's a pretty big update.

Pixel Watch. Likely watchfaces discovered for the rumored Google Pixel Watch. Citing a video found within the files of Wear OS 3's emulator (honestly, I forget about those), I thought it was pretty clever investigative work. As Google has made no official announcement of the Pixel Watch, the breadcrumb trail of artifacts only leaves us with speculation. In the meantime, we have some lovely watchfaces to study.

Tab A8. Samsung announce that a new Galaxy Tab A8 will be arriving in early 2022. The Tab A is the entry-level version of the Tab series, so enhancements like Dolby Atmos™, Multi-Active Window, and face recognition will feel like huge upgrades for anyone who own's a previous gen Tab A (ahem, me). It will ship, however, with Android 11 (instead of 12 like one would think), but the bigger deal is Samsung's continued investment in entry-level tablets.

Mobile Shopping. Research shows that consumers increasingly want to shop via mobile apps. A report found a 40% increase in shopping app engagement, with 55% of mobile shoppers having downloaded at least one new app ahead of the rush. It just wouldn't be the holidays if we didn't discuss consumer behavior!

As I wrap up my final week with my loaner Fold3, I've had a lot to think about in terms of the foldable form factor and its use cases. In reality, most of us won't likely be working on apps that require foldable support in the near future. Either due to the lower market share that Android tends to have in the US and the UK or the newness of the form factor itself, it's understandable why the business decision would be made to punt for now.

So why do I care so much about foldables? Well, for one, after getting to play with one myself, I genuinely think it's the next step in the evolution of mobile. The folio style is best positioned as a 2-in-1 device, solving problems for both phone and tablet spaces. And the clamshell style will most likely pull at the strings of those who prefer compact convenience.

Philosophically, there are a lot of questions being answered by this new form factor. As a designer, a decent chunk of my time is spent solving layout issues where I've come to think in terms of varying viewport sizes from my responsive web days. This extends to mobile apps, even if it's not required of me at the moment — if it's a phone app, I'm also thinking about how it should behave for tablet, and vice versa. Foldables tackle this same issue, but on a single device!

There's quite a we can learn from the foldable space and it will be interesting to see how thing unfold over the next few years (sorry, it was an inescapable pun).

P.S. Swift Playgrounds 4 was released in time for some holiday tuts, if you are so inclined.