I realize that there's a lot of coverage on hardware in these dispatches when you're probably more interested in the software space. I get that, it's the same for me (that's actually why I started collecting these links in the first place!). But what I've come to realize — and, on the subconscious level, probably always understood — is that the close relationship between the hardware and the software in something inherent to mobile. Which makes it nearly impossible to think about them separately. Hopefully you find them both equally interesting. 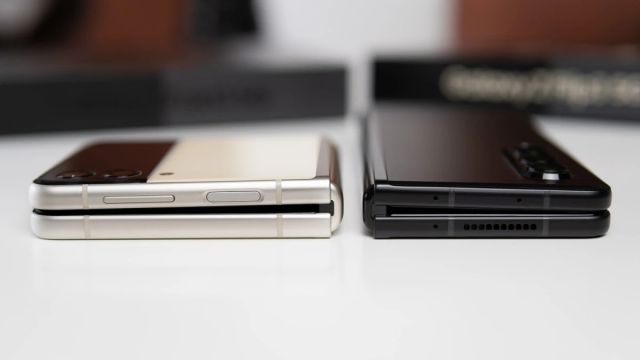 Galaxy Z. Samsung has had a steady demand for the Fold & Flip. If you're keeping an eye on the foldable space, then you'll probably enjoy hearing that the market share has grown dramatically in the US since 2020. And that's not even the best part: The high production is expected to drive prices down. And not just for the Galaxy Z, but foldables globally are expected to get cheaper.

Surface Duo… was originally slotted to ship with Andromeda OS. Even though it was eventually shelved in favor of Android, there are still a lot of cool ideas that could inspire future solutions. Most notably, the proprietary OS was intended specifically for dual screen devices and designed around the idea of a digital notebook. Coincidently enough, this may be the direction Google is leaning if the rumors are true about the Pixel Notepad.

BlackBerry. The Key2 shows why software updates really matter. As we finally say goodbye to BlackBerry, there are lessons to be learned from the mistakes of others. It's a shame when such capable hardware is held back by the lack of support from the software side. And despite right now probably being the best time ever to switch, it reminds me why I left Android in the first place.

Ambient Charging. Oppo outlines a battery-free future for low-powered devices. Using what's referred to as a "zero power communications" system, IoT devices could be powered instead by wireless signals. This is the future I want to live in. And if Oppo sounds familiar but you can't quite place from where, it may be because they just launched a foldable just under a month ago (which, sadly, will likely not make it to the US).

5G Rollout. Airlines and telecoms are fighting over potential radio interference. A certain frequency of 5G is shared with the technology that helps land planes. Yep, not good. With the exception of those who have worked for cell phone carriers, most of us probably don't spend a lot of time thinking about the network layer. Which was exactly why I wanted to include it — it's like the ultimate systems thinking exercise! 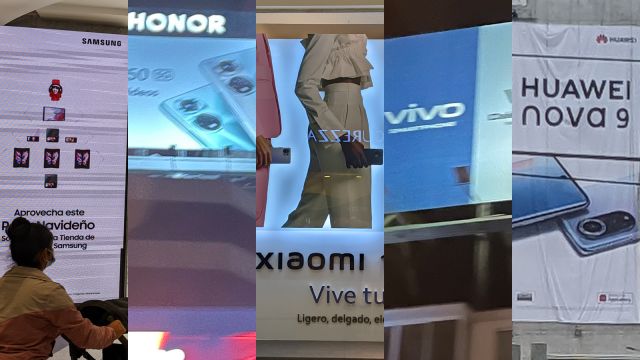 Perú, like most of the world outside of the US, Canada, and the UK, is predominantly Android. And with Android being the most open of the two major platforms, the variety of devices is seemingly endless with OEMs we tend to not get much exposure to here in the US. And to be perfectly honest, many of the brands I have only recently become aware of over the past year while writing this weekly letter.

Apart from Samsung which you're probably not surprised to hear, Xiaomi, Huawei, Vivo, and Honor all have a strong presence. Riding around through the various districts and walking through shopping plazas, you'll see billboards and ads for all five. Without looking at numbers and going merely off my own personal encounters, Xiaomi and Samsung seem to share the #1 spot with Huawei in close second and Vivo and Honor in third and fourth interchangeably. Oppo and OnePlus were also present, but their advertising wasn't as apparent. And Apple had the smallest footprint of all, relying primarily on resellers (no official stores).

From the apps side, delivery services are probably the strongest. Glovo, Rappi, and Pedidos Ya are what you see the most in the street with Uber Eats and DoorDash nowhere to be found. Perú has also gotten into payment apps since the last time I was there in 2018, with Yape being the most dominant. Uber is present, but Satelital is the rideshare service we used the most. And almost everyone uses WhatsApp for messaging, regardless of platform.