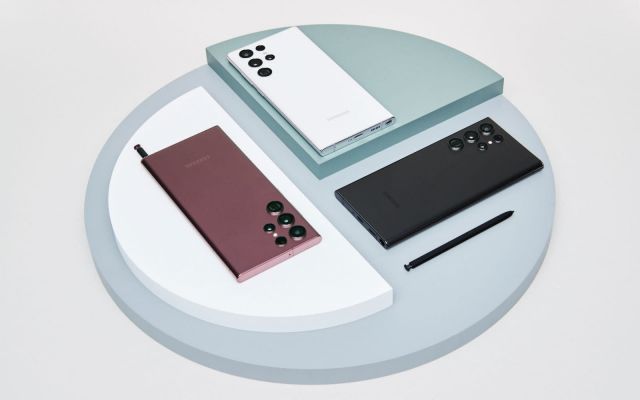 Re: Unpacked 2022. Samsung had its first Galaxy Unpacked of the year. As anticipated, the new S22 series was announced including the S22 Note… er, I mean Ultra complete with S Pen. What wasn’t anticipated was the high demand with which the next generation of the Tab S series was met. As they lean heavier into their product ecosystem a la One UI 4.1, I’m excited to see where Samsung takes us throughout the year. For a deeper cut on the tablets announced, check out the latest episode of WIRED Gadget Lab.

Android 13. The first developer preview (DP1) of Android 13 was announced for Pixel devices. The next version of the world’s largest mobile OS is promising continued focus on privacy and security, experience personalization by way of Material You, and optimization for tablets and foldables. As the rest of us continue to wait for the final release of 12L to roll out, it appears 13 will continue to improve large screen features like the taskbar. It’s good to see Google is maintaining their momentum.

OEMaterial You. Google also announced Material You will be coming to more Android devices soon. Through partnership with various OEMs, Google continues the push for personalization by ensuring that key design APIs work consistently across the global ecosystem. Hopefully, this also signals the continued push for OEMs to stay current with Android as a whole, an issues that’s plagued the OS since the beginning (fragmentation, anyone?). I’ll add that theming is hard, working with external partners — across the world — is harder still, and I don’t envy the teams managing these efforts. At. All.

Tap to Pay. Apple will allow you to accept contactless payments on your iPhone. Wait, didn’t we already cover this? Yes. Yes, we did. But now it’s official. And to clarify, “you” as in a US merchant and “on your iPhone” as in conjunction with a partner-enabled iOS app. The upshot here is that no additional POS hardware is needed for completing a transaction. I just wonder how long it will be before this feature will extend itself into Apple Pay for personal payments between friends & family (instead of texting each other money when you’re right there in the same room).

Android of Fitness? Maybe Peloton should get out of the hardware business. We’ll file this one firmly under the “& Beyond” portion of this dispatch. In an opinion piece from the renown Apple whisperer, Mark Gurman proposes that the struggling fitness brand abandon the single package model and refocus on software and content. And given that their operating system is built on top of Android, that move would seem… ahem, fitting. This would also put them in firm competition with iFIT who has already embraced a similar model (and is also built on top of Android).

During last week’s Galaxy Unpacked, Samsung particularly emphasized the camera quality of the new S22 series. So much so that, among the list of improvements, they made a point of calling out “a more integrated camera experience.” This certainly isn’t groundbreaking as Apple has been doing this with the iPhone over the last few iterations of the Pro series. But Samsung’s efforts are more than just keeping up with Apple, it’s about keeping up with consumer behavior.

In the most recent State of Mobile report from App Annie, the macro trend of Hours Spent in Apps shows an increase in overall usage. And where was 70% of that time spent? In social and photo & video apps like YouTube and TikTok. And guess where Samsung is delivering the above in-app integrations — Instagram, Snapchat, and TikTok. The connection between hardware and software doesn’t get more straightforward than that. And we haven’t even discussed how the camera tech is being largely driven by AI. This is why those of us in the mobile space pay such close attention to the hardware announcements.