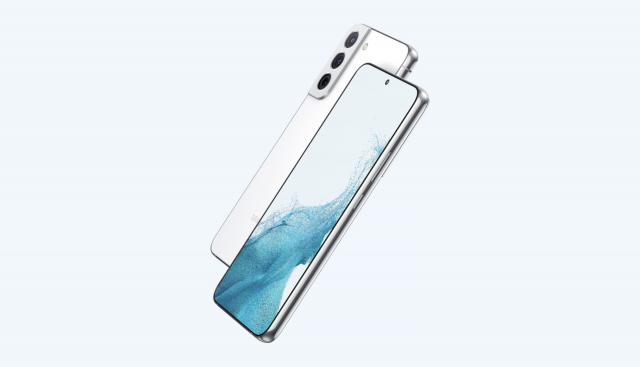 Foldable iPhone. We may not see the rumored ‘iPhone Flip’ until 2025. Even though we’ve been chasing these rumors for years now, there does seem to be some substance based on reporting from reliable sources and patents filed by Apple. Curiously enough, we could also see a foldable MacBook along that same timeframe. The question is, can users hold out that long?

Pixel 7. Leaked renders suggest what we might be coming in October. It’s still pretty early, so there aren’t a lot of details just yet. But for the most part, it looks like there won’t be any major design changes this version which is fine because the leap from Pixel 5 to Pixel 6 was huge. I just want a 6a version so I can upgrade my 4a (but I would easily settle for a Pixel Fold).

Galaxy S22… was released and the wave positive reviews is already rolling in. And with Samsung claiming the lion’s share of Android users in the US and abroad, I’d expect to see them starting to appear in device analytics early next quarter. For a bit of inadvertent secondary research, check out the commentary on Adaptive Pixel for both the S22 and the S22 Ultra. In both videos, expert reviewers highlight pain points while trying to set up and use the new feature.

CoverScreen OS. The reimagination of Galaxy Z Flip’s external display releases beta 3.1. Created by an independent developer, CSOS extends functionality by allowing quick access to utility apps similar to the Quick Settings Menu, deeper interaction with other apps, and the use of widgets on the external display. This is really a niche of a niche, but I admire the creative development of it all — the type of thing that inspires others to think differently about flip phones could work.

Global Mobile. The top 100 subscription apps worldwide grew 41% in revenue. Given the pandemic, it’s not surprising that streaming services made up the majority of the top grossing apps both globally and in the US. But it was surprising (to me at least) that, even in the global stats, the App Store outpaced Google Play in subscription revenue. Especially if you consider that Android phones are outpacing the iPhone in shipments in Europe and Latin America.

Over the past couple of weeks, I’ve been waste-deep in user interviews, the coordination of which has taken time away from some of the other things I usually do (like write this dispatch). A lot goes into pulling together a round of interviews, from creating the script of questions, to filtering down the list of participants and scheduling the interviews themselves. It can be exhausting and takes a lot of planning and foresight. But as draining as they can be, the insights they provide always energize me — as do the debrief sessions we have afterwards. It reaffirms the value of user-centered design and, personally, that I’ve chosen the right line of work.

That’s really all I have for this week (because I’m pooped!).