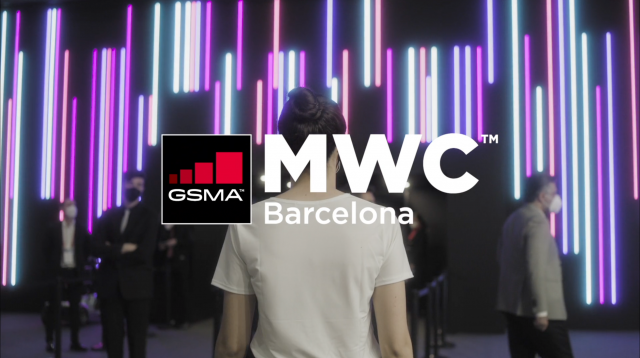 MWC… had it’s first in-person event in two years and with loads of gadgets. But out of all the mobile devices announced, this foldable concept by TCL is probably my fav. As a gentle reminder, Apple usually sidesteps events like CES and MWC (but they were kind enough to hold off their event for another week). If you have a half hour to spare and want to get caught up, here are the video highlights for Day 1, Day 2, Day 3, and the Wrap Up.

Samsung Shenanigans. Samsung was throttling 10,000 apps to improve battery life. Reportedly using the Game Optimizing Service (GOS) to optimize CPU and GPU performance, the controversy arose when a study found that many of those apps were non-gaming apps. Samsung has since acknowledged that it uses GOS and that an update will roll out to provider better user controls.

Light Phone 2. A $300 anti-smartphone that is deliberately basic. Equipped with an e-ink screen and intentionally limited functionality, the idea behind this phone is to encourage you to disconnect. And based on the review by the article’s author, it sounds like it’s successful in that mission. From a product team perspective, I wonder what it would be like to design apps for this type of device with these sorts of principles.

Android One. Whatever happened to Google’s program to improve the budget experience? For a bit of Android history, this post is good review of the state of lower-end Android phones and how Android One attempted to unify OEMs through stricter guidelines. File this under The Curious World of Android.

IG on iPad. Instagram head says iPad 'not big enough' to make app a priority. And if you ever opened Instagram on a tablet, you’ll see why Marquess Brownlee took Adam Mosseri to task on the lack of an iPad app. But as tablets begin to make a comeback on the Android side and foldables pick up in sales, I’ll be interested to see how long they can maintain that position — especially given that the web experience clearly has taken larger screens into consideration.

I’ve been admittedly quiet about Russia invading Ukraine as I’ve tried to refrain from political commentary in this dispatch. That is, unless it’s related to the mobile industry, which we are finding to be the case as much of the world begins imposing sanctions. Some of those sanctions are taking the form of technology limitations as big tech companies find themselves in the middle of the fray.

For starters, Apple has decided to cut Russia off from all product sales, as well as limit Apple Pay and remove Russian state media apps from the App Store. Microsoft and Google have since followed suit by removing those same apps from Windows App store and Google Play respectively. Spotify was included in a list of tech companies that closed their offices in Moscow in response to the invasion. Facebook and Twitter began actively removing disinformation accounts from their platforms as Ukrainians began turning to Twitter, encrypted messaging apps, and offline maps to aid in their struggle.

No one could blame you if some of this feels a bit CyberPunk to you. It does to me. And what we’re seeing at play is just how integral mobile tech is in our daily lives — and how disruptive it is when it has been taken away.