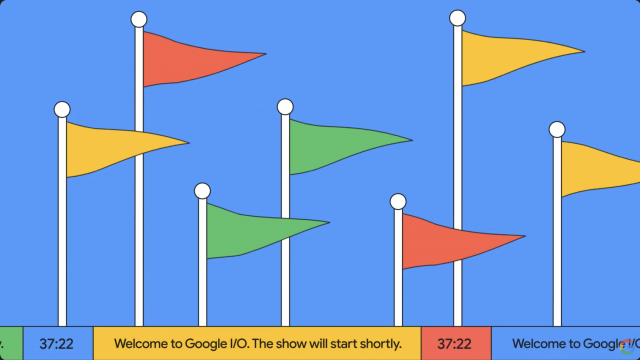 Google I/O. Here’s everything we’re expecting to see at this year’s Google I/O. Announcements will likely include Android 13, Pixel 6a, Pixel Watch, a new Nest Hub display, and maybe — just maybe — a nod at the foldable they have cooking (more below)? Most of these questions will get answered in the Keynote, which kicks off Google I/O today.

Apple NFC. Apple’s latest antitrust fight is over Apple Pay. Or, more specifically, over the NFC chip in iPhones, which makes Apple Pay the only way. This is being investigated as anticompetitive behavior towards rival mobile wallets — which violates antitrust rules in the EU. Apple, not surprisingly, insists that the apparent closed systems serve as security protections. However, it’s their dominant position in the market that regulators frown upon. Not a good look.

macOS 2-in-1? Apple granted a new patent for iPad keyboard that triggers macOS-like UI. The figures included in the patent request suggest a possible MacBook/iPad hybrid in the future. And I’m here for it. It’s worth noting that, although extremely clever to glean future specs from patent requests, it does not mean that anything will ever become of it. But given that Microsoft has already leaned into 2-in-1 tablets with optimized mobile support via Windows 11, one can only hope that Apple follows a similar path.

Pixel Fold. If the rumor’s true, the Google Pixel Fold may be smaller than the Galaxy Z Fold 3. According to a tweet by display analyst Ross Young, who has been known to be reliable, the Pixel Fold’s dimensions will land somewhere between the Galaxy Z Fold and the Oppo Find N. And the launch may be pushed out to 2023. Again, it’s just a rumor, so take it with a grain of salt.

Okay, okay, I promise I’ll write something here next week. Just trying to get this issue squeezed out before Google I/O commences.