This week has been rough. If you are a parent, it has likely been a rough week for you as well. I held back on posting this issue because it was insignificant in comparison to the awful shooting that took place in Uvalde, TX. I’m only posting it now out of a sense of obligation to you, the reader, however distorted that may be. I hope you are well, that your family is safe, and know that you are not alone in the rage and/or grief you may be experiencing. 😔 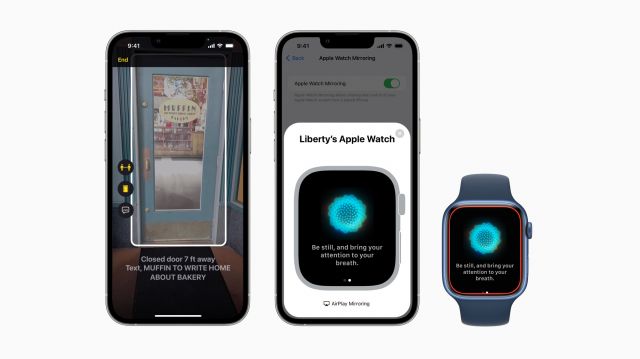 A11y. Apple previewed a range of new accessibility features. The new features include Door Detection for visually impaired users, Apple Watch Mirroring for those with physical and motor disabilities, and Live Captions for the hearing impaired. LiDAR, Voice Control, advanced gestures, and other on-device technologies will power the new tools and will be released later this year. See also: Global Accessibility Awareness Day

Fire 7. Amazon announced an all-new Fire 7 tablet. The update will include a USB-C port, a processor and RAM upgrade, but also a bump up in price. The previous version was released back in 2019, so the refresh is well overdue and the move away from the Micro-USB — which was super wobbly — is a welcome change. Still no access to Google Play Store, which means your app choices are limited… on top of the already limited ecosystem when comparing Android to iPadOS.

Huawei Foldable. The global launch event for the Huawei Mate XS 2 was held. A book-style foldable, the most notable feature is its outward fold design. The external display, which is smaller in its folded state, doubles in size once unfolded and has no internal display. Yes, I know. It will never arrive in the US market, but I still like to ogle the various iterations of foldables being released. Read a detailed hands-on preview here.

Smartphone Stats. iPhone drove half of the North American smartphone shipments during Q1. 19.9M units were shipped total, resulting in a 45% increase YoY for Apple and contributing to a 4% increase across OEMs. With their new focus on consumer devices, Google also experienced a 380% increase in market share due largely to the Pixel 6. At the OS level, Android 11 has taken the top spot in the distribution charts.