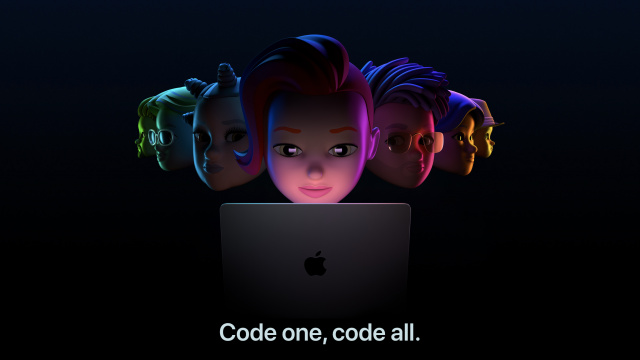 WWDC22. Apple confirmed the keynote and full schedule for this year’s WWDC. The schedule (next week!) includes sessions, labs, and more, will be completely online and totally free. Many of us will be tuning in just for the keynote to get the skinny on software updates as well as potential surprise announcements. And it could be that it was all leaked in last year’s keynote…

iOS jobs. Research suggests 2.2M US jobs are supported by the iOS app economy. In a study commissioned by Apple, outside firm Analysis Group also reports a 118% increase of small developer earnings over the past two years. Developers, sales, and designers are among the range of jobs listed in the research findings. If you’re suspicious of the motivation behind commissioning such a study, that might be because Apple and Google are both currently being targeted by app store legislation.

Motorola. The Razr 3 is predicted to get some flagship-level upgrades. Included in the rumored specs for the Motorola foldable are chip, camera, and RAM enhancements that should make the next gen of the Razr more competitive. The updated camera array seems to be confirmed by a leaked video clip, which also shows a My UX flavor of Android running under the hood. Hopefully, for nostalgia’s sake, Moto can get some lift with this third iteration.

Xiaomi… and Leica Camera announced the launch of co-branded phone. With photo & video apps accounting for the majority of time spent in smartphones, the partnership with the German camera company is not a huge surprise. It’s also not the first of its kind, with Oppo and OnePlus having announced similar deals with Hasselblad just earlier this year. And unlike Huawei, you can find Xiaomi in the US, although not nearly as prevalent as in other countries (see: South America).

Instagram… Started rolling out a visual refresh for its brand identity. The refresh — as opposed to a full redesign — is marked by more vibrant colors, a new typeface, and a content-first design system. Probably the most intriguing out of all of this is the attention paid to their global market, with Instagram Sans purportedly supporting multiple languages. Unfortunately, an iPad app is (still) not included in the refresh. Boo!

As Microsoft has announced an update to the subsystem this past week, I thought I might share my experience (so far) with trying to set up Android on a Windows tablet. Hopefully, it can serve as both a how-to guide and a cautionary tale to save you some time and frustration.

To start, there are two sets of requirements for supported devices. The first set is for Windows 11. As I needed to submit a hardware request for a test device, this was something that I knew to check when putting together the device specs. What I didn’t know to check — and this is the challenge with bleeding edge tech — was an additional set of (hidden) requirements specifically for running Android. Why is this? Because Windows basically spins up a virtual machine in order to run instances of Android apps.

Once you have a machine that meets the requirements, then it’s a matter of the following three steps. Step 1, install Windows 11 (if not already running). In the case of a corporate account, you may need special exceptions made by IT in order to access Windows 11 Enterprise (I’d suggest setting it up as a personal device if possible because of the next step). Step 2, because Android support is currently only available on the beta channel, you need to enroll the device in the Windows Insider Program and install the public beta (yay). For the third and final step — assuming you’ve made it this far — you’ll need to install the Amazon Appstore via the Microsoft Store (which, by proxy, will install the necessary subsystem folder to run Android).

That third step is where I hit a brick wall. Remember those hidden requirements I mentioned above? Yeah, that part (the device I requested didn’t have enough RAM). Le sigh. But that’s what I’m hoping to help you avoid by writing this.