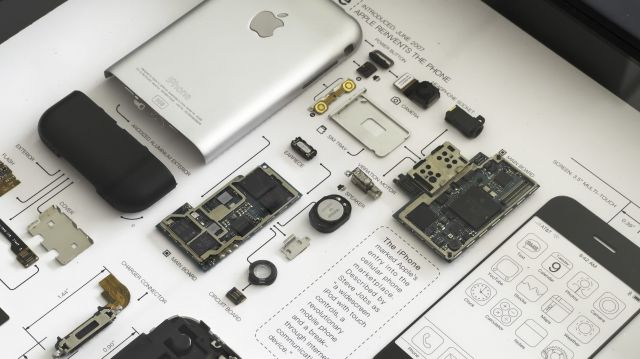 iPhone-iversary! As the iPhone turns 15, some are waiting for the next “iPhone moment.” When the iPhone launched back in 2007, Microsoft powered more than 90% of computers worldwide and BlackBerry was THE smartphone. That is wild to think about! From personal photography to social media to internet access, it’s amazing how much our lives have been transformed by the iPhone (and smartphones in general).

New HomePod? Apple could be resurrecting the HomePod as early as next year. Sitting at around the same size & dimensions as the original, it is predicted to get an updated top display and will likely run the same S8 chip coming to AppleWatch. The current hope is that, if proven true, Apple markets them for less than $349, a price point that many suspect stymied the success of its predecessor. As an owner of both the original and the Mini — as well as its Google and Amazon equivalents — outside of a lower price, I’m also hoping for improvements with Siri and HomeKit integrations.

Pixel Watch… could launch with support for connecting to iPhone. Looking beyond Samsung, the Montblanc Summit 3 which also runs Wear OS 3 supports iPhone connections, indicating that the Pixel Watch might follow suit. If you consider that Fitbit, now owned by Google, also allows cross-platform connections, it doesn’t seem like too far of a stretch. And although the overlap between iPhone users and likely Pixel Watch users is certainly narrow, I would definitely support the interoperability in the name of consumer choice.

Metaverse Phone. HTC introduced the Desire 22 Pro as a metaverse-focused handset. The new phone will support HTC’s Viverse ecosystem including compatibility with the Vive Flow VR headset. It also boasts speed and energy through improved CPU performance and faster graphics rendering. Yes, it has been awhile since HTC was top of mind here in the US and the Desire 22 Pro looks to be targeting the UK market to start.

Health Privacy. Consumers in search of increased privacy from their period tracking apps. In light of the overturning of Roe and criminalization efforts at the state level, the lack of HIPAA protections for menstrual data has given many a cause for concern. Given how controversial — and personal — this entire topic is, I was was reluctant to included it. But with women being literally half the population (and thinking of my wife & two daughters), I felt obligated to include it. And threats to privacy affect everyone.

As I’m still playing catch-up, I’m forgoing this section. Hopefully, I can get back on track within the next couple of weeks.