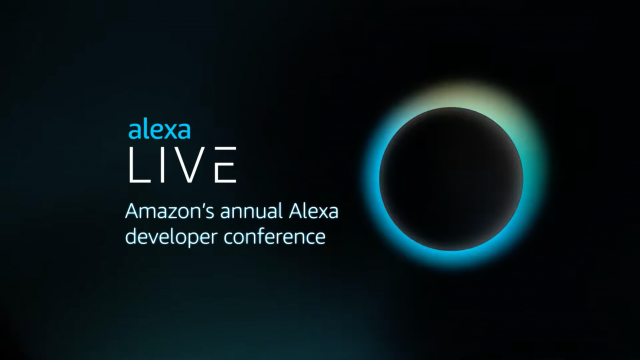 Alexa Live… the annual Amazon virtual conference, is today! Covering the future of ambient intelligence, smart homes, and voice AI, registration is still open and it is free to join. If you have never attended in the past, the breakout sessions are split out to developer, marketer, and device maker tracks (but you can join whatever session you like). Not sure how (probably because of being out for most of June), but I missed the signup for the swag bag this time – booooo!

iOS Beta. Apple launched the first public beta for iOS 16. Some of the new features included are the configurable lock screens, Photos app updates, and editable iMessages. If you decide to sign up, remember that this is a test version and some features may not work as intended (I would not use my primary phone for this). You can read more about the hands-on preview for iOS, as well as iPadOS and watchOS.

Nothing Phone… also finally launched via a live stream event. With its transparent design, Glyph Interface lighting, and distinct sound design, it’s positioned as a midrange phone with a streamlined interpretation of Android. And although it is currently not available in the US, it is a refreshing addition to the slab phone market and reminds us all that there is still space for innovation. You can catch the replay here.

Prime Day. The annual day of deals for Amazon Prime members was also last week. Yes, many (if not all) of the deals have expired at this point. So why do I mention it? Because lots of phones, tablets, and wearables (read: test devices) were included in the bargains and there will always be a next time. The linked article also includes alternate vendors for the sales listed. And if you’re like me, you’re always on the lookout for a test device.

One UI. Samsung announced that One UI Watch4.5 will soon be available. The update will include a new full QWERTY keyboard, dual-SIM support, and more customizable faces. There will also be enhanced accessibility support for those who are sight- and/or hearing-impaired. Galaxy One UI Watch4.5 is slated for release in Q3 of this year which will hopefully coincide with another Unpacked event. Peep the screenshots in the press release.

I came across this article about future car subscriptions in The Verge and, well, need to go on a brief rant. In the linked article, the author does a much more thorough job at calling out the specifics, so I won’t rehash any of that. But I can’t deny the visceral reaction I had to the idea of treating something like heated seats as a subscription service. I know I know, I’m going full-on first worlder here, but hear me out.

I can understand locking connected vehicle services (satellite radio, GPS navigation, etc) behind a monthly subscription. Many of us have already succumbed to this model through our phone-based apps and smart TVs. But bundling up what many have expected to be part of the core, albeit premium, experience for the higher end trim packages? That just seems very myopic to me, especially during a time when new vehicle prices are already high as it is.

Anyway, like I said, just a brief rant. The main takeaway is to not paywall key features that are an otherwise selling points for a new vehicle purchase.