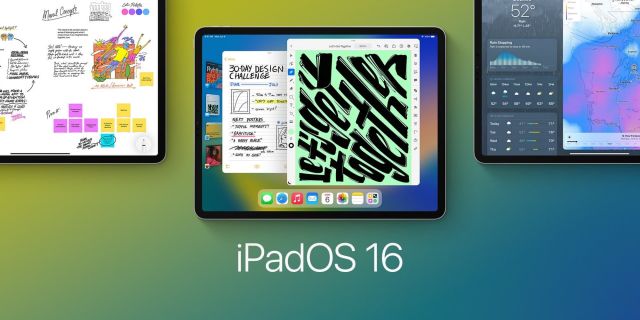 OnePlus… announced the new 10T at a lukewarm event. If you’re a OnePlus fan, I am truly sorry, but that was hard to sit through. As someone on the software side, the Oxygen OS 13 portion was what I cared most about (but missed it because meetings). And with the razor thin market share in the US, it’s probably not even worth mentioning. But if you’re just as curious about the world of Android as I am, here’s the replay.

iPadOS 16… is getting delayed until October, according to Bloomberg. That’s the difference of about at month, if you’re wondering. One explanation is to stagger the release of iOS 16 and iPadOS 16, which makes sense for deployments and bug reporting. Another is due to the updates to iPad’s multitasking capabilities called Stage Manager. All I know is, my wife had her iPad Pro on the public beta and it was good until it started giving us heartburn with iMessages.

Android 13… may be ready for release as early as September. According to info gleaned from security notes released by Google, there’s specifically a callout for Android 13 devices with a security patch for 9/1. Combine that with latest release of Android 13 Beta 4.1, it’s not too far a stretch to presume we’re very close to a final version for public release. The question after that as which devices (outside of Pixels) will get it and when.

Mobile Stats. Users are spending 4-5 hours per day in mobile apps. And if you factor in an average of 16 hours of waking life, that’s over a quarter of the day spent in mobile. Wow! A new report released by data.ai, it seems the pandemic-driven boom isn’t subsiding as consumer usage continues to grow. This suggests that, as many of us have suspected with similar pandemic-related trends, some of these new behaviors are here to stay.

I came across this article from Wired covering some of the distinct features in Samsung’s One UI, and I thought we might dig into it a bit. Really understanding the details and nuance of the OS is something that I feel is important to mobile designers and developers alike. Plus, writing articles about the differences between OS’s, the experience of devices, etc is exactly what I would be doing if product design wasn’t my full-time gig. So, this one hits the sweet spot for me.

The five features discussed — hiding apps, device optimization, AOD customization, using Secure Folders, and Samsung DeX — are exclusive to Samsung. AOD (Always On Display) has historically been an Android-only feature that, until recently, was considered one of the key characteristics distinguishing it from iOS. Likewise, Samsung DeX — which I’ve always wanted to explore — is an attempt to support cross-device workflows and extend the capabilities of mobile devices into a more desktop-like experience.