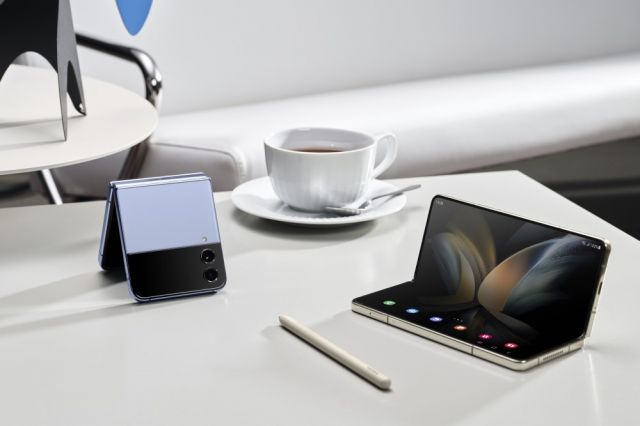 Unpacked Recapped. Here are the biggest moments from last week’s Galaxy Unpacked. To no one’s surprise, the next Z Fold and Z Flip were announced, as well as Watch5, Watch5 Pro, and Buds2 Pro. Now four gens in, you may be asking if Samsung’s foldables are ready and this year-long study of the Fold3 attempts to answer exactly that. You could also check out this hands-on review of the Fold4, Flip4, or watch the replay of the event.

Xiaomi Foldable. The Mix Fold 2 also launched, Xiaomi’s second gen foldable. On the heels of Galaxy Unpacked, the Chinese brand’s Fold4 competitor was announced packing a Leica camera and boasting a slimmer profile. Although it’s currently only rolling out in China, I included it because it’s an impressive phone and it’s proof of foldable viability in other markets (the US may only be a matter of time).

Foldable Stats. Shipments for foldables will grow 73% YoY to 16M units in 2022. As you might expect, Samsung leads the market with a 62% share in the first half the year — which may likely increase to 80% in the second half. Note that these are global stats, but in the US market, Motorola may be the only contender against Samsung. Which is also the reason why I believe the 2022 Razr will eventually arrive State side.

Foldable Biz. Samsung lists 5 reasons why foldables are the right fit for hybrid business. Yes, this is a marketing piece to promote the two Galaxy Z foldables. But you can rely on a company’s need to maintain sales numbers by arguing a compelling case to its business customers. Out of the reasons listed (and as a SMB owner myself), true mobile productivity and device consolidation are, for me, the most convincing.

Continuing with the foldable theme, I’ve been thinking a lot about the software side of things, as mobile designers do. Watching the promotional materials and hands-on reviews, I noticed how much emphasis is being placed on multitasking and making optimal use of the new form factor. I also couldn’t shake the fact that we’re just taking a larger rectangle and dividing it into smaller rectangles in order to accommodate more information on the screen. And so I ask, is this the direction we want to go?

What I mean is, there are more shapes out there besides the rectangle. Look at the wonderful work that Google has done with Material You and all the expressive shapes they use for widgets. They have become a major part of the personality of Android 12 and make my Pixel a delight to use. But are there opportunities to do the same within the multi-window space of a foldable? What apps could benefit most from a break with convention?

I get it, when it comes to maximizing space, a rectangular app window best fills up a rectangular viewport. But does it have to be?