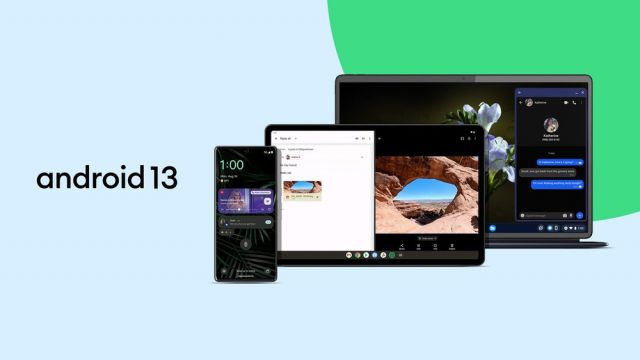 Android 13… rolled out to Google Pixel phones somewhat unexpectedly last week. With an emphasis on personalization, security, and the cross-device experience, this next major version is more about incremental change. Prioritizing Google’s own devices, the other OEMs should also get Android 13 later this year — presumably, with Samsung being next in line (at least in the US).

Apple Event. Apple is reportedly aiming at Sept. 7 for this year’s fall launch event. Aside from the obvious iPhone 14, also expected to be announced are the Apple Watch Series 8 and the Apple Watch Pro. It’s likely that updates to the iPad and iPad Pro will be announced in a subsequent event, but you never know — Apple likes to keep us all on our toes. Frankly, the only thing I want to hear is a foldable iPhone announcement (which isn’t gonna happen… this year).

iOS 15.6.1… was released addressing bugs containing security issues. See also: iPadOS 15.6.1 and macOS 12.5.1. If you haven’t already, you’re going to want to install them ASAP to prevent bad actors from running malicious code on your devices. My wife and I also noticed some weirdness with screen sharing and screen recording which has since been fixed.

iOS Ads. Apple is also planning to expand its advertising to iPhone via apps. Reportedly targeting Apple Maps, Podcasts, and Books, the company already had announced expanding ads to the App Store. If you remember all the hand-wringing about App Tracking Transparency (ATT) that blew up a lot of mobile marketing strategies, you probably wouldn’t blame folks for the side-eye. But naturally I’m concerned most about the impacts on the experience.

My wife and I recently purchased our first vehicle with all the tech bells & whistles, including an in-dash display. Being a UXer who focuses on emerging tech and also works in the automotive industry, I’ve been smitten playing with all the new (to me) features. But despite my initial desire to touch the screen, I’ve settled into the notion that physical buttons are the way to go. And apparently there’s a study that backs it.

Don’t get me wrong, I love the in-dash display with the CarPlay integration, especially Spotify (now playing), Messages (Siri announcements), and Maps (directions, obviously). But, after a few months of use, I couldn’t imagine having to manage all that without a tactile interface. We control a lot of our driving experience purely by touch. Think about it: When was the last time you had to actually look to turn on the blinker? Or adjust the climate control? Or turn down the volume?

Now, I’m not saying that we should forsake all new tech in favor of the conventional. I definitely think there are areas ripe for enhancement, particularly where voice could shine bright (just need to work out the kinks in prompt and response). But the tried and true physical buttons aren’t bad just because they’re old, either.