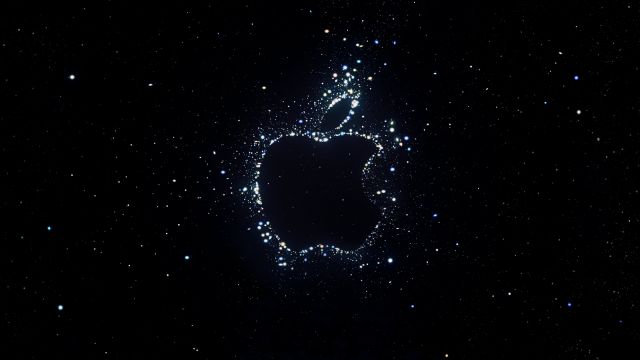 Apple Event… invite is officially out and the time is 12pm CDT. For those who got the invite direct to their inbox, the headline simple reads “Far out” with the same galactic image that you see on the event website, hinting at this year’s theme. And in what has become tradition, there’s an AR easter egg on the mobile version for you to explore. The official date & time went live just hours (minutes?) after I published last week’s issue. Here’s a peek at what may be to come.

Fitbit Event. In what caught many by surprise, Fitbit had a smartwatch launch event. Announced just two days prior on Twitter, the Google-owned company launched the Versa 4 and the Sense 2 along with new leather bands. Fitbit is where I started my wearables (and fitness) journey, so it will always have a special place in my techie heart (and their mobile app is still aces). I couldn’t find a replay of the event even on Fitbit’s YouTube channel, just a bunch of short product vids released around the same time.

Android 13. A deep dive into the changelog for Android 13 (and then some). If you haven’t received the latest version of world’s most popular mobile OS on your device or you haven’t had time to really get down into the weeds with it, this is the post for you! In it, you’ll find user-facing features accompanied by relevant screenshots, developer-facing APIs, as well as updates to Android Auto and Android TV. I couldn’t have done a more thorough analysis myself!

Twitter. The company announced that podcasts are coming to Twitter. As an expansion of the Spaces tab by way of a redesign, the company is hoping to capture some of the podcast traffic of its users. This comes as Twitter is still dealing with the ongoing Elon Musk drama, the staff exodus it accelerated, and security threat allegations by a whistleblower. It feels like the mobile-first platform is going through a bit of an identity crisis.

BlackBerry. An upcoming movie revisits the rise and subsequent fall of BlackBerry. Although the feature length film about the once iconic smartphone brand just wrapped production, details are thin on how much of the company’s history will be covered. I still think about this proposed prototype and how different their future might have been had they course-corrected in response to the iPhone.

I wanted to try something a little different here this issue. With this being the season for launch events and product announcements, it feels like a good time to inject some device reviews. Whether you’re a member of a product team looking for a test device, searching for your next every day carry, or just a curious enthusiast, checking in-depth reviews from trusted sources is always a good place to start.

On the foldable side, Engadget has provided reviews for both the Samsung Galaxy Z Fold & Galaxy Z Flip (phones I’ve been eyeballing hard myself). If Google is more your speed, here’s a decent one from Phone Arena covering the Pixel 6a after a month of use or, if you want to see how it stands up against other mid-range phones, you might check out this comparison against the Galaxy A53 and Nothing Phone from CNET. But if you’re committed to Samsung and looking for a smartwatch, these reviews for the Galaxy Watch5 and Galaxy Watch5 Pro (also CNET) could be helpful. And with the Apple Event around the corner, we’re sure to see more hands-on reviews rolling out over the next few weeks.

Hopefully, you find these to be helpful. And if this something you already do, what other sources do you use before purchasing your next phone or wearable?