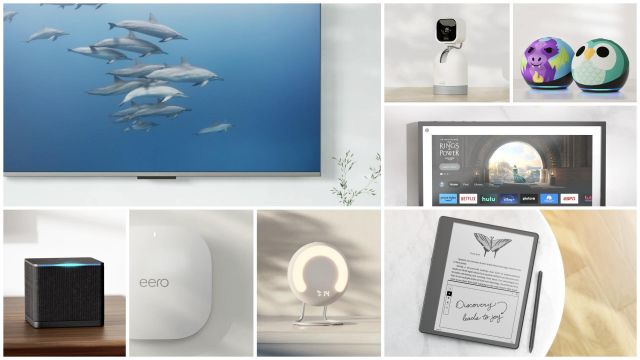 Amazon Event. First off, here’s everything announced at Amazon’s hardware event. The most notable of which were the Kindle Scribe (e-reader + stylus), the Halo Rise (bedside sleep tracker), and Amazon Auto (see also: BMW) If you this wasn’t on your radar, don’t worry — the stream wasn’t open to the public (which is super weird to me considering the timing!).

iPad Event. Spoiler Alert: Probably not gonna have one this year. Trusted tech writer Mark Gurman reported in his Power On newsletter that the follow-up event that we have gotten accustomed to likely won’t happen. But who knows, maybe this is more misdirection by Apple to keep us all on our toes. In the meantime, as we await the public release of iPadOS 16, it looks like Stage Manager may expand to older iPads.

Google Maps. Four new updates will be rolling out for Maps. In the enhancements, you will be able to get a feel for an area before you visit, view aerial shots of famous landmarks, and search with Live View. On the developer side, eco-friendly routing capabilities will soon be open to third parties. This post on Google’s blog also includes various screenshots — shout out to all my design nerds out there!

OG App. An Instagram alternative offers an algorithm-free experience. Similar to third party clients like Apollo and Tweetbot, OG App attempts to put control back into the user’s hands and create feeds free from ads and algorithmic suggestions — based on user research. Depending on the Instagram API, the app has since been pulled from the App Store per a violation of terms complaint by Meta. Surprise, surprise.

AI Day. I had a piece in here on NASA, but I should probably close with the Tesla AI Day announcements. The company revealed the Optimus robot with a demo, shared updates on FSD (Full Self Driving) as well as updates for the Dojo supercomputer. I didn’t watch it live (it was Friday evening), but you can catch the almost 3.5hr replay here.

I haven’t been shy about my obsession with foldables — and how I wish Apple would produce one. But with the release of the iPhone 14 Pro, I have found myself obsessing over something new: the Dynamic Island. Now, it is common practice for me to take screenshots during casual use that I can later go back and reference for projects. With the arrival of the Dynamic Island, I find myself doing this several times a day as I encounter unexpected interactions, triggering moments of delight.

Fortunately, I am not alone in this newfound obsession. Mark Gurman shares his observations, both complimentary and critical, from a (power) user’s perspective. Apple also recently updated the HIG with guidance around supporting Live Activities within the Dynamic Island. From a developer’s perspective, Majid Jabrayilov gets into the implementation weeds of SwiftUI, complete with keyline specs and sample code.

These are the things that I love to look at to get a better understanding of the structure, presentation, and intended behavior of new components. Are you doing anything similar?