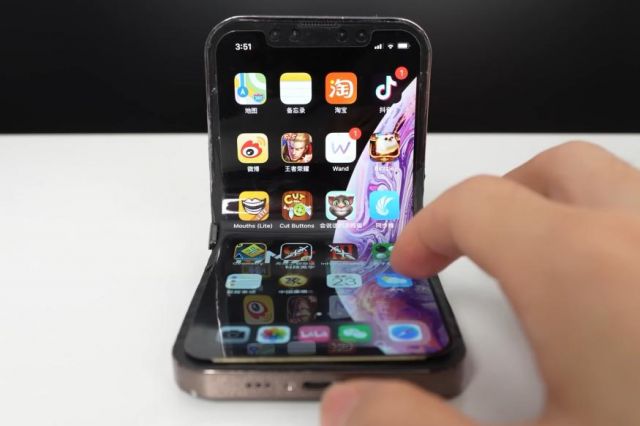 Siri, No “Hey.” Apple is aiming to simplify Siri by removing “Hey” from the wake word. The company has been working on this deceivingly complex task for several months and hopes to roll it out in 2023 0r 2024. As is with any voice UI, dialects and accents are the main challenges facing this effort. I, for one, have my concerns about false prompts and Siri being triggered at random (looking at you, Alexa).

Foldable iPhone. A team of models hacked together a foldable iPhone (and it kinda works!). They walked through how they did it and the obstacles they ran into along the way, proving what we already knew — that an iPholdable is indeed possible. Of course there are the same caveats that apply to all foldables regardless of OEM, which is likely why Apple has chosen to punt (for now). The video is in subtitles (fyi), but worth the watch.

Signal Stories. The encrypted messaging app, Signal, rolled out a Stories feature. That’s right, Signal has now released the ability to share are collection of photos or videos with optional commentary just like all your favorite social media apps. The exception being, of course, that your audience is limited. Given the current state of social media, I don’t hate this idea. I just wish it was more integrated with ongoing conversations. Read more on their blog.

iOS & iPadOS… 16.1.1 was released as a security update for iPhone & iPad. The release notes do not cover what was specifically patched, but the update is available for iPhone 8 and later, all models of iPad Pro, iPad Air 3rd gen and later, and iPad 5th gen and later (including Mini). I also noticed that it added audio stability to my AirPods Pro 2 via firmware update (was having issues with Noise Cancellation).

Twitter Chaos. Sigh… for starters, Twitter is at risk of billions in fines by the FTC. It has been a week at the bird app company. Chief infosec officer departs, Musk kills the revamped verified checkmarks just hours after release only to bring it back again. In the meantime, trolls had a field day with account impersonation triggering a block on new verified accounts. And that’s not even the half of it. I guess it distracts from the 11,000 employees that Meta laid off. For a more complete summary, check out this episode of The Vergecast.

Honestly, Twitter has been such a slow motion car crash that many of us cannot turn our heads away from that I don’t really have anything for this section this week. I just can’t stop thinking about the employees who are being held hostage by circumstance, preventing them from leaving for more stable, sane environments. I’ve been in similar situations before and it’s not fun. Nothing else to do but bide your time and hope for the best.