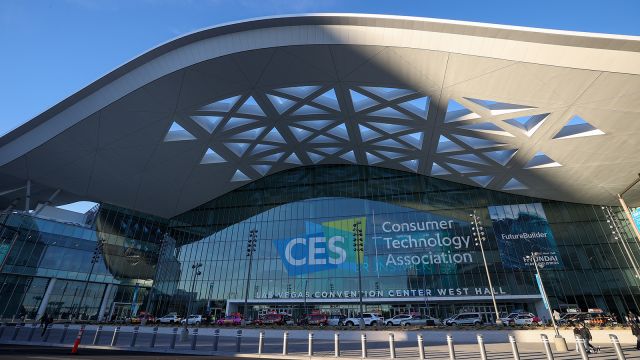 CES23. The annual Consumer Electronics Show kicked off this week. Starting yesterday and running till Sunday, the event showcases new tech ranging from upcoming releases to conceptual prototypes across multiple classes of devices. I’ve never been myself, but from the podcasts I’ve listened to, it sounds like gadget-lover’s dream! You can follow live updates for the remainder of the event here or here.

Amazon Sports. According to reports, Amazon is developing a standalone app for live sports. Presumably, the company is looking to separate out their live sports offerings from their Prime Video offerings which include original content. As Apple has made similar moves, it appears that live sports contracts are the next wave of the streaming “wars.” As a viewer, I just want to watch soccer (football) reliably without it breaking the bank.

Dark Sky. The popular weather app was sunsetted on New Year’s Eve. (Sorry, that pun was inevitable.) Dark Sky, which seemed to have a bit of a cult following, was shuttered as a standalone app after being acquired by Apple in 2020. However, it’s technology lives on in the updated Weather app for iOS and iPadOS as well as the WeatherKit API. I was not a user myself, but I can empathize with those who were — especially on the Android side.

Foldables. The global foldable market is expected to grow 52% in 2023. According to a new report released by market research group Counterpoint, foldable shipments will likely hit 22.7 million units worldwide. With more OEMs launching their own foldables, competition is expected to increase and drive down prices, making them less cost-prohibitive for average consumers. It’s only be a matter of time until a certain OEM in particular launches their own.

Smartphone Awards. Tech reviewer Marques Brownlee released his smartphone picks for 2022. Better known as MKBHD, the YouTuber sorted the awards in categories ranging from Best Big Phone to Best Camera System to MVP. Yes, it’s very much on the hardware side of things, but he has a good track record for making solid recommendations and some of 2022’s winners may surprise you. Watch the full video here (split up into chapters).

From the drafts folder…

Since Thanksgiving, a few versions of this dispatch were started but never got published, so I thought might share with you here. Sort of an extended edition to kick off the year while covering some news you might have missed due to the holiday shuffle.

App Awards. Apple announced this year’s winners of the annual App Store Awards for apps, games, and cultural impact. Google also announced the winners of Google Play Best of 2022 awards for apps and games with an additional category for audiobooks. Worth noting that BeReal (app) and Apex Legends Mobile (game) found mentions on both platforms, which is a pretty nice way to end the year.

Music Wrapped. Spotify Wrapped for 2022 arrived, giving users a summary of their listening habits. Apple Music Replay also arrived with a fresh coat of paint and improved experience. Curiously enough, Wrapped was only available in the mobile app while Replay was only available on the web (and was more difficult to find a few weeks later). Both offer the same general “best of” for songs, artists, and genres, but Spotify (which I use more) does it a little better. Oh, and YouTube Music also did a thing.

Software Updates. Android released new features in time for the holidays, including updates for Photos, Messages, and YouTube. Apple rolled out Freeform for iOS, iPadOS, and macOS, a visual collaboration tool (virtual whiteboard) that I suspect will get the best use on iPad because Apple Pencil. I haven’t had much of a chance to play with any of these releases, but I hope to remedy that in the upcoming days.

And, of course, there were tons of Twitter drama — which is now spilling over onto Tesla. But, frankly, I’m over it… (big eye roll)